"Thank you for this wonderful recognition"

(12.09.2015) Ladies and Gentlemen, thank you for this wonderful recognition. It warms my heart to see the steadfast solidarity for the struggles that we are currently facing.

I want to take a moment and thank all of the organizations and individuals who have traveled with me on this journey. To Connection e.V , MAPC and Pro Asyl: you have provided much needed financial and emotional support since the very beginning. Without you I do not believe we would have come so far. To Dr. Reinhard Marx, my lawyer: Your expertise and knowledge have helped me better articulate my innermost thoughts and feelings on very important subjects, giving us the much needed ammunition to go to battle against a seemingly invincible foe against all odds. To the various groups and individuals whom I have met during my travels and the people from around the world who have expressed their comradery: your love and support has proven beyond a doubt the goodness of humanity and have reassured me that the path that I have chosen was the correct one. To the journalists and documentarians who have worked so hard to accurately tell this story and keep it fresh in the public mind. And to my friends, family and the German people: We’ve had our good times and bad times. Together we have celebrated victories and lamented defeats. But through it all we have formed a bond that cannot be broken. You all have a special place in my heart, and have made an impression on me that I will never forget.

I also want to extend my sincere apologies to all of the innocent men, women and children who have suffered and/or died as a result of my government’s actions. Many did not know what we were doing when the war began, but rest assured that we and people around the world are working hard to right these wrongs.

Although this is a time for celebration, we must take pause and discuss the issues that brought us together in the first place. I am sure that there are many people that are asking themselves why I took such an extreme route. Hint: It has nothing to do with skirts and beer! J I am a man who twenty years ago graduated high school with the dreams of going to college, getting a good job, marrying and living out my days in peace. It is what we call in the states the “American Dream”. However everything changed after the WTC attacks. I never imagined that fourteen years later I would be involved in a legal battle halfway around the world where my opponent is the very government that I pledged my allegiance to many years ago. It is difficult psychologically, because this is the country that raised me. It is almost as if we had to fight against our parents over the very values that they instilled in us. I must ask all of you that when I mention the U.S., to know that I mean Washington D.C. The citizenry are wonderful people whom I would extend a warm welcome in an instant, and I have nothing against them. From my perspective, I see this conflict and similar ones (Joshua Key for example) as one where soldiers are trying to remind their government that it has lost its way in the most insane way possible. We do not want to topple the government; we actually want to preserve the Republic. However, the government has gone so far away from its originally given obligation that action needed to be taken in order to make a correction. That is what we swore as soldiers; to defend the constitution of the United States against ALL enemies, foreign and DOMESTIC.

I left the military because the United States has lied to the world about their intentions with the War on Terror, and that there was no way to address my concerns inside the military system. I was faced with the choice of being forced to continue direct or indirect commitment of atrocities, or of leaving the Army. Still, I am legally obligated to protest illegal acts, also and especially those involving my personal and my units orders.

I chose the path of asylum instead of turning myself in because I saw no chance of achieving justice through the rigged military legal system. Soldiers, who actively want to write wrongs, expose crimes or even removing themselves from a situation through self-imposed exile should not be punished. Unfortunately, this is not the case. Thousands of soldiers who have committed these noble acts of defiance have been imprisoned in the U.S. The most famous cases are Bradley Manning and Augustine Aguayo. Currently, there are still thousands of soldiers who are living out of sight around the world who refuse to support Washington’s imperialistic designs. We resisters just wish to be able to enjoy our right to life, liberty and the pursuit of happiness.

As of this point, the asylum case is still ongoing. The last major milestone was at the end of February, when the European Court made a series of rulings that will no doubt affect the upcoming proceedings in the regional court in Munich. After reading this ruling several times over the last six months I have to say that it was written in such a way that either side can win. However, it seems to me that the point of this case was missed entirely: Whether soldiers have the rights to make their own decision about a particular conflict, and decide for themselves if they wish to take participate. In light of personal experience and the cascade of lies that we are exposed to, I believe that these rights should be taken into serious consideration.

Despite these challenges, we will continue to fight on.

The great tragedy from all of this is that the military and its members were manipulated into a conflict that they (we) had no business being in. That message was clear when we received word on that cold December day in 2004 that there were no WMDs in Iraq. Words cannot describe the deafening silence that followed. There was a reason why the first question asked was “when do we leave?” Make no mistake that my fellow soldiers, sailors, airmen and marines are just as much victims of this War on Terror as the innocent civilians and I ask that you also include them in your prayers.

I would like to turn your attention to the current refugee crisis that is currently sweeping Europe. I must say that this crisis is a direct result of the military misadventures that continue to plague us today. The current destabilization of the Middle East has created a humanitarian emergency that was unheard of a decade ago. I want to bring recognition to the millions of Europeans that have opened their hearts and did what they could to help those in need. It really warms my heart to see people helping one another.

It is also interesting to watch debate in the media about what to do with the refugees, but there is scant mention of why those people had to come here. Also, despite seeing that these people need our help, there are still others complaining that they do not want them here. Well I can address this point easily.

1. If one does not want an influx of refugees, one must STOP MESSING WITH OTHER PEOPLES COUNTRIES!! That includes supporting the U.S. led proxy wars against anyone that Washington deems a “threat.” It doesn´t take long to figure out that wherever NATO has gone we have received numerous asylum requests from that particular region.

2. For the “what to do with the refugees” question: I believe that our fellow man should be helped as I was. We should be helping people achieve a higher standard of living. What I mean by this is that the refugees should also be encouraged / helped to learn the native language and to learn and respect the cultural differences that they will encounter. This strategy would not only help the integration process, but it would also keep the peace when the cultures meet. I am saying this only from experience, and I can say that it has worked positively in my situation, and in that of many others who have gone through the asylum system. As the old proverb says, “give a man a fish and you can feed him for a day; teach a man to fish and you can feed him for a lifetime.”

On one hand it is good that the refugees are here. It is a wake-up call for the public at large. No longer can one see something on the news and just hurriedly change the channel, because you cannot change the channel on reality. As we have been saying for year, these events affect all of us. It is up to us, not the governments, not the agencies, and not the churches to make the necessary changes in order to create the world in which we want to live in. We have all been given a sound mind and body to mold this beautiful world into one of love, peace and harmony.

It is true that we live in very interesting times. Sometimes they are downright scary when you think about it. But I have to say that I am thankful to be alive at such a pivotal time in history. If we are successful, our children can inherit a world worth living in. Thanks for listening. 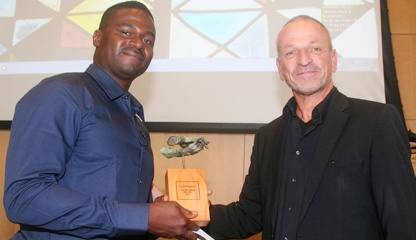 (14.03.2015) Rudi Friedrich: U.S. AWOL Soldier André Shepherd’s Request for Asylum - The European Court of Justice: Having published its preliminary ruling, what is the next move?
...more 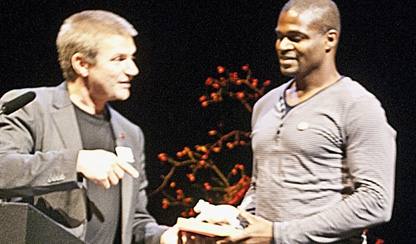 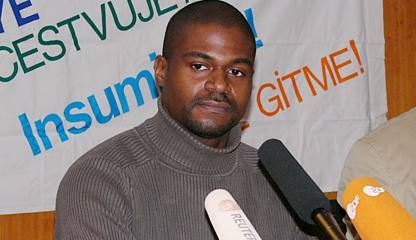