Since the early 1990s about 1,000 conscripts have declared their conscientious objection to military service. Hundreds of thousands have evaded military service using other ways or hiding. Several hundred have sought asylum abroad because of facing prosecution.

Failure in legislation of the right of conscientious objection

Turkey is the only member country in the Council of Europe, that has not recognised conscientious objection right to military service. Conscientious objectors are forced by many different sanctions to do military service. As a result of these sanctions, objectors are facing continuous arrest warrants; a life-long cycle of prosecutions and imprisonment, and a situation of „civil death” which excludes them from social, cultural and economic life.

In the 2nd UPR Cycle 2015, three countries (Croatia, Germany and Slovenia) made recommendations to Turkey; „to recognize the right to conscientious objection and to offer a non-punitive and non-discriminatory civilian alternative service”. Turkish government had „noted” these recommondations.

Nevertheless no legislative steps have followed. The submitted draft of the  law prepared by HDP (Peoples Democratic Party) was rejected in parliament by the votes of the government party and other parties. In June 2019, the government introduced a new Recruitment Law and cancelled the old one. Despite proposals of the HDP, there is nothing new in the law concerning conscientious objection.

The new law defines in article 9 a compensation to shorten military service. With an amount of about 5.000 € it is possible to reduce the term of consciption to one month (instead of six months). Because this includes military training it is not an option for conscientious objectors, yet.

Objectors are still criminalised as draft evaders. A continuously valid arrest warrant is issued and due to this, objectors might get detained in any ID checks by police/gendarme, which are very common on various  occasions. After first  detainment objectors are given an administrative fine. Once the administrative fine has become effective, every new detainment entails a new Article 63 Military Criminal Code procedure, which could be sentenced from 2 months to 3 years or giving a fine (which is actually more common). Objectors are forced to live an underground life in order to avoid getting detained/arrested (anew).

The situation of conscientious objectors is defined as „civil death” by European Court of Human Rights. (Ulke v. Turkey, application no. 39437/98) There are mainly three sources for this condition.

Interdictions by law against objectors: According to law,objectors cannot work in either the public nor the private sector as it is a crime to employ a draft/call evader. Objectors are forced to  either remain unemployed or work in insecure illegal employment situations. Also objectors do not have the right to go to the polls or to be elected in local or general elections.

Repeated prosecutions and prison sentences: As mentioned before, objectors are subjected to everlasting criminal cases and are sentenced repeatedly to prison sentences from 2 months up to 3 years, depending on how long they absconded.

Deprivations while avoiding new detention: As every detainment means another criminal case and thus a prison sentence, objectors have to avoid social, economic, legal  and cultural activities such as :

As a result, people who have religious or conscientious objections against mandatory military service, are  threatened withlife-long repeated prison sentences and deprivation of all civil rights both by law and because of avoiding new detentions/imprisonments.

Criminalisation and civil death is also valid for conscripts who have refused to go to the army but haven’t declared their conscientious objection yet.

Article 318 of Turkish Penal Code:  (1) Any person who encourages, or uses repetition which would cause the persons to desert or have the effect of discouraging people from performing military service, shall be sentenced to a penalty of imprisonment for a term of six months to two years. (2) Where the act is committed through the press or broadcasting, the penalty shall be increased by one half.

This article is mostly used against objectors and their supporters. Declaration of objectors or statements of anti-militarist or anti-war organisations are threatened by this article. Any statement against mandatory military service even in social media can be investigated and prosecuted under this law.

Furthermore there have been opened files against conscientious objectors as well as supporters and peace activists because of „making propaganda for a terrorist organization” based on article 7/2 of the Anti-Terrorism Law. The article is vague and overly-broad, with no explicit requirement for propaganda to advocate violent criminal methods. It has been used repeatedly to prosecute the expression of non-violent opinions. Accused persons can be sentenced to an imprisonment for a term of 1 to 5 years.

Statement of Committee of Ministers of the Council of Europe

In June 2020 the Committee of Ministers of the Council of Europe urged Turkey to recognize the right of conscientious objection. In the decision (CM/Del/Dec(2020)1377/H46-40) regarding cases of nine objectors the Comittee stated: „expressed deep concern that Osman Murat Ülke, Yunus Erçep and Ersin Ölgün are still considered draft evaders and continue to face a situation of „civil death” and strongly urged the authorities to take all necessary measures without further delay to ensure that these three applicants are no longer prosecuted or convicted for refusing to carry out military service; invited the authorities to clarify by 1 September 2020, and if needed  to take the necessary steps to make sure, that all the consequences of the violations have been remedied for all nine applicants, namely reimbursement of administrative fines, lifting of arrest warrants for previous sentences, erasure of criminal records, and finally that none of the applicants are still under the risk of prosecution and imprisonment for refusing to pay the administrative fines issued in relation to their claims to conscientious objection status;”

Protection under the Geneva Convention

Because of the issues discussed above, conscientious objectors from Turkey should be regarded as a particular social group under the 1951 Convention, and be protected accordingly. This corresponds to the definition presented by the UNHCR in various opinions about membership of these groups: „a particular social group is a group of persons who share a common characteristic other than their risk of being persecuted, or who are perceived as a group by society. The characteristic will often be one which is innate, unchangeable, or which is otherwise fundamental to identity, conscience or the exercise of one’s human rights.” (Guidelines on International Protection, HCR/GIP/02/02, May 7, 2002, Point 11). Accordingly, the UNHCR regards conscientious objectors as a particular social group, „given that they share a belief which is fundamental to their identity and that they may also be perceived as a particular group by society. This may also be the case for draft evaders or deserters, as both types of applicants share a common characteristic which is unchangeable; (…). In some societies deserters may be perceived as a particular social group given the general attitude towards military service as a mark of loyalty to the country and/or due to the differential treatment of such persons [for example, discrimination in access to employment in the public sector] leading them to be set apart or distinguished as a group. The same may be true for draft evaders.” (Guidelines on International Protection No. 10, November 12, 2014, HCR/GIP/13/10/Corr. 1, Point 58)

(05.11.2021) Connection e.V.: Council of Europe to call on Turkey to immediately implement the ECtHR’ s rulings on conscientious objection
...more 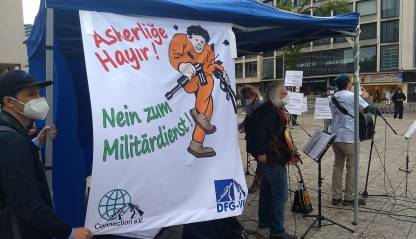 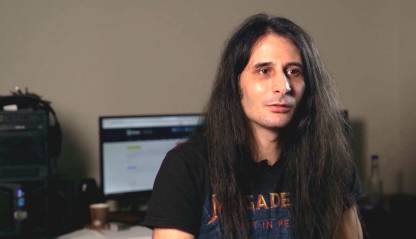 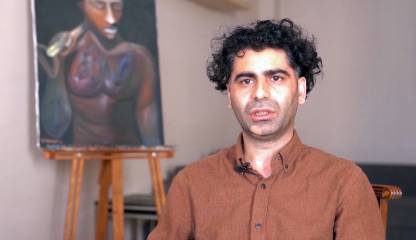 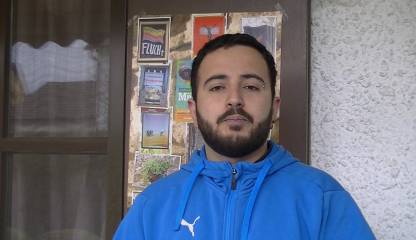 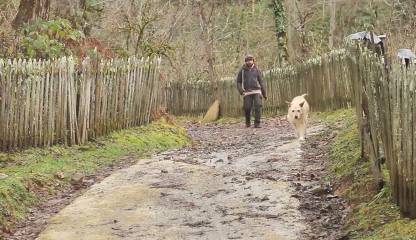