Another disappointment in the northern part of Cyprus

(04.01.2019) As reported in EBCO's press release of 2nd January, Turkish-Cypriot conscientious objector Halil Karapaşaoğlu faced trial yesterday at the Military Court of Nicosia (Güvenlik Kuvvetleri Mahkemesi) on four counts, relating to different years, of failure to report for reserve service in the army of the self-styled “Turkish Republic of Northern Cyprus”. Immediately before the hearing, he was served with notice of a fifth charge, relating to his most recent refusal.

The case aroused enormous attention, from both parts of the island. More than 100 facebook video posts expressed support for Halil; a Cypriot MEP asked for a written answer from the European Commission on its reaction to this further prosecution of a conscientious objector; restaurants and coffee shops put notices on their doors announcing lunchtime closures so that the proprietors could attend the trial. A conscientious objector who is awaiting the decision on his conscientious objection application in the Republic of Cyprus was among those who had crossed to the north to show their solidarity. The media, too, were there in force.

There was space for only about 30 supporters in the courtroom itself, where the proceedings were a formality. The prosecution, then the defence, set out their cases, whereupon the judge immediately read out his verdict, which had obviously been drafted in advance. A fine of 2000 Turkish Lira (approximately €335), in respect of all four charges taken together, which he was given ten days to pay or accept 20 days in military prison. The punishment was lighter than in past cases, where the objectors had been immediately taken into custody pending payment of the fine, and where the sentence had been set at 10 days for a single “offence”. But we had been hoping for something better.

A crowd of several hundred was waiting outside, and when Halil emerged a great cheer went up. Speaking from the steps of the courthouse, Halil said, “I will not pay the fine. I refuse. In 10 days, I will return and go to jail for 20 days. If I pay the fine there will be no meaning to what I am trying to do”. Karapaşaoğlu suggested reserve duty was nonsense at a time when people from the two communities socialised and worked together. “If tomorrow there is a war, we, as anti-militarists, will not fight (...) In the 21st century we don’t see our friends in the south as enemies, we don’t see anyone in the world as an enemy.” [English translation by the Cyprus Mail.]

Derek Brett, EBCO's observer at the trial, expressed disappointment in the name of the Europe-wide conscientious objection and anti-militarist community that this prosecution had not been held over pending the judgements of the European Court of Human Rights on the earlier cases of Murat Kanatli and Haluk Selam Tufanli, which are currently before it, just as the courts in South Korea did in the year or so leading up to the judgement on the issue by their Constitutional Court. 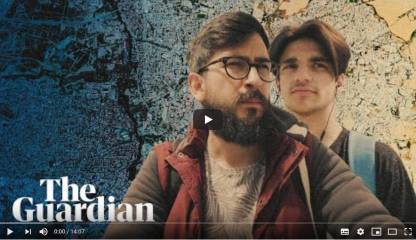